: to reduce to basic essentials: to diminish in scope or complexity; streamline. (Webster-Merriam Dictionary)

Most pastors and leaders I know could use a little more of this. Your lives are busy and complex. The question is, “How?”

Most good leaders like you know the answer. You need to say “No” more, for starters. We’ll focus on this and other practical suggestions in the next post. However, the better answer will always be found in knowing your “Why?”

Why simplify? One word… relationship.

Relationships are the real stuff of life. And, they are made in the margins of life. They grow in these same spaces. In order to invest in the relationships that matter the most, you will need to be intentional about simplifying your world.

Here’s one simple step for now. Make a list. A short list of the relationships you want to cultivate. This list will be your motivation, your “Why?”

If I had one goal for all my fellow pastors and leaders out there for 2020 and beyond it would be this… simplify.

How can you not only meet, but exceed your goals for 2018?

Find a partner and use this GoalSettingGuide18 to help you discover your “Why?”… set your goals and then achieve them with confidence. This is a limited time offer so download it today and get on your way to realizing your goals for 2018!

You can do this! We can help.

Need a partner in life, ministry or organizational coaching? I would love to hear from you and discuss what a partnership might look like. Just let me know in the discussion feed below or email me at tompelt1@gmail.com and let’s get started! 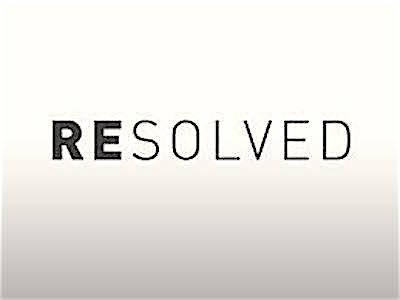 What are your resolutions for the New Year? Just what does it mean to be resolved, anyway? According to Webster’s online dictionary it means, “fully committed to achieving a goal. As in, “Only the most resolved of explorers had any chance of finding the source of the Nile.” Synonyms include “bent (on or upon), bound, decisive, do-or-die, firm, hell-bent (on or upon), intent, out, purposeful, resolute, resolved, set, single-minded.” Does this describe your attitude going into 2016?

I’ve been learning a lot from the life of Daniel in preparation for a message series in January. Here are 5 Ways to Live with Resolve drawn from his journey…

1) Resolve to BE more. For Daniel it was less about doing and more about becoming. He knew that when the King saw what they would become as a result of following a plan and path of purity, he would take notice and the true God, Jehovah, would prove Lord over all.

The reality is, most of us are overdoing the wrong things and under-doing (valuing) the right things. Merely adding more things to our “To Do List” will definitely help us become more… more stressed and stretched than we were to begin with. For Daniel, less was more.

How might this apply to you. Perhaps making an “Un-do List” is a good place to begin?

2) There is never a “perfect time” to live a life of resolve. Daniel and his friends may have been in the King’s palace, but make no mistake, they were prisoners. They had been stolen away from their families and homes. Maybe they were just being fattened up for the kill? Maybe they should take advantage of any benefit offered to them, let alone go against the flow and take a risk by going against the royal plan. Then again, who could they really trust? Most of us would be looking to survive in this uncertain circumstance, not thrive.

Perhaps what this teaches is that the best time, the “perfect time” for resolve is what may seem like the worst time, the time of testing? Regardless, now is almost always the best time to begin.

3) You shouldn’t go it alone. Let’s face it, a life of resolve takes great resolve, and few of us have what it takes to make it alone. Actually, none of us do. But Daniel had Shadrach, Meshach and Abednego, and they had one another. No doubt there were times when the “BBQ” of roast lamb & goat must have smelled pretty good, enticing them to give up and give in to the King’s menu. Which brings us to the next point…

4) There will be a test. This wouldn’t be the last test for Daniel and his friends. However, this testing would prove to accomplish two vital things…

Testing first reveals character. Why? Because it neither comfortable nor convenient. Most of us want resolution without revolution, transformation without change. However, it is only through difficult challenges and even tougher changes that character is then formed and reformed.

5) The Lord’s favor is fundamental. Scripture is clear… God’s favor was on Daniel, and this made all the difference. In the end, the King would want to know the God of Daniel, Shadrach, Meshach and Abednego,  and the entire Kingdom would hear of it.

How do you know that what you are resolving is in God’s favor? Like Daniel, it must be in line with His Word and motivated  by His glory. This inevitably works out for our good. However, this shouldn’t be our motivation. By grace, when our aim is His glory and the good of others, this will take care of itself in His way and time. The incredible life of Daniel testifies to this timeless truth.

Fast forward to the New Testament and the Apostle Paul makes a resolution that is tough to beat for Christians in the 21st century… “And so it was with me, brothers and sisters. When I came to you, I did not come with eloquence or human wisdom as I proclaimed to you the testimony about God. For I resolved to know nothing while I was with you except Jesus Christ and him crucified.” 1 Corinthians 2:1-2, NIV

How is it that my life can point others to Jesus and His loving sacrifice, His victorious resurrection, His amazing grace? How can I become more like Him through both the successes and suffering that will come with another year?

May we all live a life of resolve that points others to the source of that resolve, the Savior, Jesus Christ.

2016 is fast approaching and with it the promise and potential of a new year! Truth be told, it’s just another day on the calendar. Still, that day, January 1st represents another chance to be better and do things better as leaders. Of course, days have a funny way of adding up to a lifetime of life and leadership. Some of the following tips are targeted towards leaders in my field (pastoring), but can be applied to any and all who partner with people trying to realize a vision. And, no one can or will do any of these for you. It’s up to you to you to be different in 2016!

Why is this Tip#1? Because saying “No” to lesser things allows you to say a  great big “YES!” to greater things.

While you may find yourself doing less, you will eventually become more effective for the kingdom of Christ and influential in the ways that matter most to those you lead and do life with. You will also be sharing the burden and blessing of leadership with someone who may just be better at being and doing that thing (or number of things) you need to let go of. Saying “NO!” can be a win-win.

Start by making an UN-Do List for 2016. Then, prioritize it, communicate it clearly to those it will impact. Then, walk with them through the transition of you no longer saying “Yes” to things that you probably shouldn’t have been doing to begin with.

“For no matter how many promises God has made, they are “Yes” in Christ. And so through him the “Amen” is spoken by us to the glory of God.” 2 Corinthians 1:20, NIV
The New Year is here and with it the hope and promise of God. This provides for us a sense of certainty in these uncertain times. Of course, we all make promises, sometimes calling them “resolutions.” I don’t know about you, but I have kept some and fallen woefully short on others. For example, even as I write I am sipping on a Diet Coke when I resolved last year to stop drinking dark colored sodas.
However, God keeps all His promises. Sometimes by saying “Yes!” and sometimes by saying “No” or just “Wait…” You see, even the “No” we receive today is only to provide a great big “YES!” for tomorrow. His promise to always protect and provide His children is fulfilled, not by depriving us of anything truly lasting and good, but by keeping us from settling for less than His best. What feels like an unanswered prayer, a “hurry up and wait” or even a “No!” is really the promise of God working out for our good and His glory.
What promises from God’s Word are you clinging to as the old year passes and 2015 begins? List 2-3 of those you will be counting on. Then, if you haven’t already, take the time to prioritize your own goals knowing that the promises of God will serve to fuel the faith needed to see them met and exceeded. Print out the 2015 Simple Goal Guide provided here…  SimpleGoalGuide
When it comes to the promises of God, this you can be sure of, “…they are “Yes” in Christ!” And you can say “Amen!” as day by day His promises are fulfilled in and through your life. The words of one of my favorite hymns reminds me, “Standing on the promises I cannot fail, when the howling storms of doubt and fear assail. By the living Word of God I shall prevail. Standing on the promises of God!” (Russel K Carter, 1849-1926)
Trust in the One who will keep His Word. He is Jesus, and His promises are “Yes!” in 2015.